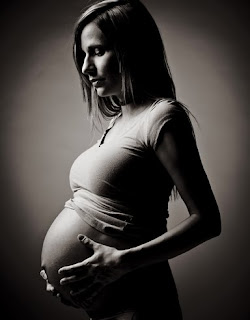 First let me extinguish your current suspicions. I am not pregnant. :) This post is sociology related.

A certain situation has happened to me not once but twice. It is thought provoking, amusing and in a way kind of sad. I was talking with a young mother today and somehow the topic of birthdays came up with her kids. I told them I would be 23 years old this year. The mother, whose age I can not recall, said to me "do you have any kids?" "No," I responded. She responded with something like "Oh, you don't want any?" To which I wanted to reply "No, I do want kids but I really want a stable job and a husband before I have kids." Of course I did not say this because I would never blame or offend someone for their life choices.

This same thing happened to me a few months ago. Again, the mother assumed I didn't want kids because I was 23 and didn't have any. If anything, working with children has made me want to have kids even more so than before! I totally want to raise kids and have my own family. The very thought of it excites me. Yet the thought of a promising career as a social worker and a writer excites me too. I want to establish myself in my field and find a great husband before the kids enter the world.

So it kind of depresses me that a lot of these mothers think it is normal to have their first child at 15, 16 and 17 and have four or five kids by the time they are my age. In their eyes, I'm not interested in having kids since I'm 23 and single and childless. This doesn't offend me in the least but just sparks some thought provoking sociological ponderings.

I'm making different choices than they are.

Ok so I haven't updated in a little under a month. I apologize for that. Valentine's Day came and went and so did February. You really don't realize how quickly that 28 day month goes by until you are out of school. In school, the days just mesh together. Out of school, you're like holy crap its March already. When did that happen?

I sort of mulled through Feb. The Cage the Elephant concert I went to was amazing. The lead singer crowd surfed and pretty much fell on top of me. So did the hot drummer from the first band, Morning Teleportation. I was first in line and front and center. It was a wonderful concert. Afterwards I scored the set list and Matt, the lead signed it. Then I got hot drummer to sign my ticket and take a picture with me. I made a few friends from Delaware Valley College in line while waiting for the concert. The security men kept telling everyone "the line forms behind HER." haha It was so worth it. After the concert Connie and Stephen drove all the way out to South Street to rescue me. I was equipped with a slice of Lorenzo's pizza the size of my head and my new bottle of water from the Mini Mart. We went to Dunken Doughnuts where we ordered a chocolate doughnut, a box of 25 jelly munchkins and a cream puff. What we got was a box of almost 40 munchkins, a chocolate doughnut and 3 glazed doughnuts. We weren't charged extra. It was a very kitchen sink kind of deal but it was also hilarious.

That was February, or at least all I remember about it. Now it is March. I got sick in the beginning of the month and had to take another sick day from work. Blah. The sad thing is that I am still pretty congested. Michigan State University are staying in Huntingdon Valley at the mother house for this week. It is there spring break. They are doing their service at my work which is cool. I've been so busy I haven't had the chance to interact with them all. The funny thing is that I'm supposed to be busy with the same stuff they are. Tonight we're going to a nursing home to play Senior Olympics. I enjoy having extra opportunities for service and reflection but it has killed my schedule. I won't see the gym all this week or next week. Somehow work has picked up significantly too. So I'm sort of just trying to survive each day right now. They're good days, just long, busy and eventful.

I don't have big plans anytime soon for anything. I'm staying up here for Easter. I even volunteered to read at Passion Sunday. Last weekend I went out to South Street with Connie and Stephen and Jr. We went to the Tattooed Mom, officially my favorite bar in Philly. Then we went to Lorenzo's. After that we went to Cuba Libre, a latin dance club. Unfortunately Jr was not allowed in because he was wearing sneakers. So Connie, Stephen and I went in just to use their restroom. Well sure enough I get picked up in the bathroom line and a guy asks me to dance. I hadn't been in the club more than 3 minutes. So after I did my business I danced with him. He was a nice guy but I later found out he was 37. A little to old for me....

Weight loss is still happening. I gained a quarter pound since last week. (I'm in the Biggest Loser Challenge at work so I get weighed each week). I really need to work on that because I want to win this contest. As for my spiritual life, well, things are getting better. I went to my first spiritual direction appointment on Monday night. It went well and I have lots of stuff to ponder. Not bad stuff though.

Other than that nothing is going on. Just trying to survive, make plans for post July and enjoy each day.