So today was Thanksgiving and after a delicious meal and a traditional Thanksgiving movie, my family and I decided to venture out into the world of Gray Thursday. Now, this was all my doing because a) I love to shop and b) I enjoy competition. I got dressed in my motorcycle boots and army dress, ready for anything. I even listened to some music to pump me up (just for fun).

"It’s not that serious" my parents said. They rolled their eyes and joked about leaving the house so late (7:30pm).

Oh, but it was that serious. The parking lot was full. We had to park next door at the YMCA. I ran ahead, walked into the store, and BOOM. The ENTIRE EASTERN SHORE OF VIRGINIA was in the store. I grabbed a cart and headed towards the Tupperware. I soon realized that wasn't happening. So I ditched the cart and continued to find the Tupperware. That was the main thing I wanted. I soon found it and then tried to locate other items.

You had to get a ticket to get a TV. There were people huddled near pallets of dvd players and blu ray players. Fights nearly broke out. I really wanted the 1 Terabyte external hard drive which was on sale for $59 at 10pm. I couldn't find out where they would be selling it so I decided to check where hard drives normally are sold. Sure enough I found the sucker sitting on a shelf! I grabbed it and waiting until 10pm to pay for it.

During the wait, I tried to secure a $20 printer for my parents and a big flash drive for myself. I planted myself against a pallet thinking that people would have to knock me out of the way if they wanted to get one (unless they were a store employee in which I'd kindly get out of the way). I really wanted two flash drives because they were on sale but I couldn't get the printer and the flash drives. So I made friends with a guy who got the flash drives for me and I got a printer for him. It was a fair trade. At one point a pallet of phones was removed from our area and placed at a different location. Fortunately with the pallet, went all the people looking for the phones.

Being the awkward magnet of odd, this short little guy comes up to me and says hello.
I said hi, because a lot of people say hi as they try to squeeze by. Yeah, shouldn't have, because this invites him to have a conversation with me about where I'm from, what I do, did I come to the Shore alone, what kind of movies do I like, la de da
He actually kind of hugs me and puts his hand on the small of my back and tells me to have a great Thanksgiving. I want to be like "SHUT UP I'M STALKING THESE PRINTERS" and I was trying to watch my guy on the flash drives so I didn't have time for chit chat.

At about 9:55, someone started ripping through the plastic of one of the boxes. "NO IT IS NOT 10 o’clock" the employees shouted. So they put the merch back but a few seconds later, everyone started ripping through shit. Naturally I joined in, I mean...if I sat back and watched everyone I wouldn't get the printers. I managed to get the printers and the guy got my flash drives. I was so thankful to get out of that section, for people were getting crazy and the short guy was probably about to ask me out on a date. After buying my goods, I went to fetch the car since it was far and I walk the fastest. On my walk to the car, a bunch of guys slowed down and hollered at me "Hey mama, don't walk so hard. I'd eat that ass up." In my ever classy way I yelled back "thanks anyway, but I'm a lesbian." Needless to say, I didn't get a response. I should have said I was married because in small town USA, my false comebacks could be spread around as fact. Oh well, I was tired and cold.

So nothing like getting hit on. Getting bumped into. Fighting to get cheap deals and wishing everyone a "Happy Thanksgiving" along the way. (Except to the ignorant woman who was pushing past everyone even when a woman in a wheelchair was waiting to get by). Crazy, that one Wal-mart on the Eastern Shore.

I made away with a portable Ipod stereo, my hard drive, my flash drive, some shirts, a few dvds and a convection oven and of course....my beloved Tupperware. I'm not sure if I'll be going out tomorrow for Round 2, but if I do...I doubt it will be as crazy. :)

It is November 2nd, and I have no idea who I'm voting for 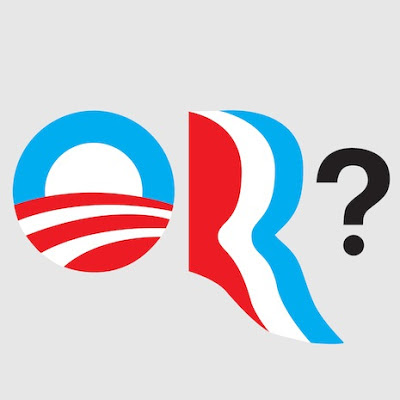 The 2012 presidential election is in four days and I am an undecided voter. Over the past several months, I've had strong feelings about each candidate, to the point where I thought "I know who has my vote." However, I've changed my mind over and over again. You see, I HATE politics. I love democracy but I HATE politics. Personally I believe both candidates are full of empty promises that they make just to get elected. They're not really going to DO anything. If Obama gets re-elected, it will be four more years of the same. If Romney gets elected, he'll realize it isn't so easy to undo every Obama policy ever made and might even be swayed to continue certain pre-existing policies. I still haven't looked at my PA ballot to see what else we're voting for. I've paid attention to the campaigns, read recaps on the debates, I know where the candidates stand on the issues, or at least where they think they stand, but I still don't know who has my vote.

I consider myself a political moderate. I'm for gay marriage and gay rights, for some of my dearest friends are gay. I'm pro-social services due to my job. I do think the welfare and public assistance system could use some reform. I'm pro gun rights...the crazy people shooting up things? A lot of them obtained their guns legally. There were other issues that made them go off the deep end and cause widespread tragedy. The "thugs" on the streets? They get guns illegally. I highly doubt stricter gun laws will prevent or reduce the number of gun violence incidents.

I'm pro-life except for incest, rape, or if the mother is in terrible danger. I know as a women I am expected to praise "a women's right to choose what is best for her body" but honestly, wear a condom, take birth control, practice safe sex. So many women out there just get laid because their man says "I love you. I want to have a baby by you." Then the man leaves, they are pregnant and they want to just erase their "mistake" because they've found themselves in the middle of a life-altering reality. Every woman has her reason and I can't judge the whole world of women, but there are measures to prevent pregnancy BEFORE it happens and I don't understand why more women don't use it. Note: I'm not including rape or incest in this generalization.

I don't think Planned Parenthood is the anti-Christ.

I think marijuana should be legalized. I'm grateful all companies must provide birth control for their female employees. Some people are on birth control so they CAN have kids someday. Perhaps certain organs don't work the way they should and women are prescribed birth control to make those organs work. I know from experience.

I'd pro-Equal Pay Act. Just because I have ovaries doesn't mean I should be paid less than an equally educated man.

There needs to be more federal aid and financial assistance for post secondary education. There is no reason why graduate students should be barred from obtaining subsidized loans. We need more jobs. Gas needs to get cheaper. We need to protect our environment better. I'm for taxing the wealthy a little bit more, but maybe that is because I am not wealthy. I'm for tax cuts and I do think our national debt is ridiculous.

I hate getting into political debates because you always run into someone who feels so strongly about their beliefs that they will knock down all of your beliefs and try to force their agenda on you. Which is why, I stay mute when people talk politics. I don't feel like being called an idiot for my conservative ideals or a "bleeding heart liberal" for my more liberal ideals. I'm a moderate. I sit on the fence. I wait to be swayed.

I will vote on November 6th. I will read up on other ballot issues. I will stand behind whatever decision I make. But its November 2nd and I don't know who I'm going to vote for yet.