Hold On To 47 Degrees 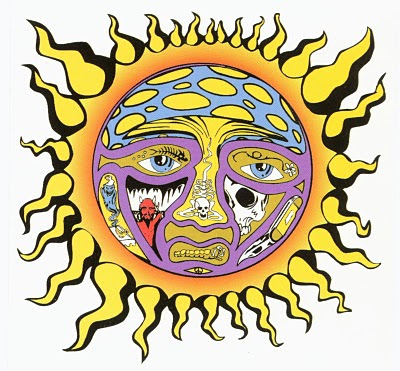 On my way to work this morning as I walked the streets of North Philadelphia, I did something I haven't done in a long time. I SMILED on my way to work. I still adore my job and things are busy but not particularly stressful. However, during this walk I recalled a time when my friend and I were at Penn Treaty Park eating sandwiches and sweating buckets while an elderly man with his shirt raised over his stomach kept running laps around the park, making comments each time he passed. Why did I remember such a bizarre memory? Because it was 47 degrees outside...the first time in two months where I could walk to work without seeing my breath. This weather has been horrible and apocolyptic. I think I've devloped that seasonal disorder where you get depressed because the sun doesn't shine...ever. No wonder people in Alaska go crazy! I take Vitamin D twice a day and I still don't feel all that happy and perky.

This week has been anything but easy. I've battled "normal" reactions to my new medications, stomach cramps that make you want to go to the light, and general uneasiness/moodiness with a nice slap of pessimism.

On Saturday I had a great day with my friend David from William and Mary. We went to the Academy of Natural Sciences and enjoyed a fun day of nerdin out. What was refreshing about being with David is that I could be my silly self....a certain part of myself I tend to conceal when I'm with older or new people. There is just something liberating about sticking your head in a dinosaurs mouth for a picture or pretending you're falling head first into a snow covered fountain. For one day, I was a kid again and I loved it.

Saturday night marked the beginning of "the week of the pain." That night my stomach and female organs rebelled against me in such a way I thought I was going to die. I was exhausted from a long and fun day. All I wanted to do was sleep but sleep I could not. Not with all of that pain. I think it finally subsided around 1:30am or so. It was just a rough night....that led to a rough week of pain, fatigue, and ill feeling all over.

But I'm married to my job and lack common sense so of course I come in to work to make everyone else miserable! I spend the day, strapped to my desk chair, being non productive and complaining about everything. In my mind, its the right thing to fight through the pain and come to work to do my job. In reality, I should have stayed home, recovered properly, and came back to work refreshed and ready to be very productive. Fail.

So today is the best I've felt in awhile. I finally picked up my new TV at Walmart and have become somewhat addicted to it. The stars are aligned and I can start focusing on what is important.

That would be....trying to figure out what I want to do with the rest of my life because I love my job but I'm not sure this is the career path I want to head down, sticking to a firm and disiplined fitness regieme, actually practcing my 12 steps to happiness, learning new things like increasing my proficiency in Spanish, writing something to submit to my montly writer's group, and actually being social. I'm too young to be a hermit.

Let's work towards getting these things accomplished! 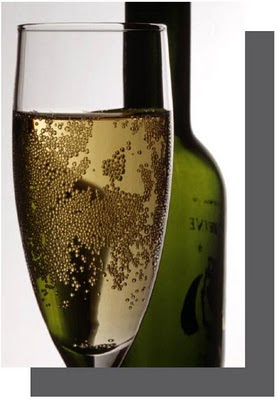 Happy New Year everyone! I had a post about post-Christmas fun but I never had time to finish it. Christmas was great, got snowed in, had a wonderful time with family. Got to stay home an extra day because of the crazy snow. A true highlight would be my dog, Ralph, on Christmas morning, barking and wagging his tail like an excited 5 year old because Santa came and he was allowed to rip up paper. Ralph was very happy. :)

The end of December went by in a blur. One day at work which was a late day. Then New Years Eve. I went out with some friends to a bar in Old City and rang in the new year with the best of them. Had a few drinks, watched some fireworks and went home to thankfully my own bed. Went to the Mummers parade on New Years Day and enjoyed some mummery. Then spent the rest of the day recovering from my escapades.

I didn't make a resolution but rather a 12 step plan to happiness. I thought that if I made 12 individual goals and worked towards each one I'd be a healthier, happier and better person.

With fitness being a top priority, I decided to take a Bikram Yoga intro week set of classes. My first class wasn't as bad as I was expecting. It was hard but it was fun and I could get the just of a lot of the poses. When I went to take the class again two days later, I could barely stay in the room. I was suffocating in the heat, I couldn't hold a single pose, I cheated throughout the poses just to get through them.

I left that second class feeling tired and defeated. I swore I'd never give up but I was really considering doing so. I spent the evening feeling sick and just not in a great mood. I take my third class on Sunday morning. I hope it goes better than before. Afterwards I'm planning on switching to a new Yoga studio closer to work and see if I like their yoga better. I'll be able to take a variety of classes including Yoga for Fat People (politely termed, Yoga for Larger Bodies). I'm excited to be in a room full of my people as we wobble and groan our way through the postures while constantly readjusting our tanktops to stay covering our massive bellies.

I was recently put on Metformin, a drug used to help with insulin production and regulation. I do not have diabeties, but my endocrine specialist thought that maybe this drug will help me lose weight and regulate things better. It causes heartburn and an upset stomach the first week and then it is supposed to reduce your appetite. So I thought this drug combined with healthy eating and exercise should help me lose weight and become a healthier person!

I knew it would take hard work with diet and exercise in combination with the drug but I didn't know it would come with huge sacrafices. I am almost forbidden to drink alcohol on this stupid pill. I have to take it twice a day. An occasional glass of wine is acceptable. This news is nothing short of devastating. For someone whose mini bar consists of Long Island Ice Tea mix, Tequila, Pink Lemonade Vodka, Everclear and Rum....this is just sad. Now, I do not drink as much or as frequently as I did in college. When I go out with friends, I'll have a few mix drinks or a few beers. When I'm home in the apartment, I might have a glass of wine once a week with a nice dinner I cook. However, I feel like this restriction put upon me is unfortunante. It means when I go out with friends I have to be happy with a beer. The drug interactions are so terrifying (chance of developing a disease which has a 50% mortality rate increases by drinking alcohol while on this pill) that I don't want to drink at all.

Cutting down on drinking was not part of the 12 step plan to happiness. Guess it is now. So I'm pretty bummed but hopefully I'll save money on cab rides and booze since my going out on the town has been cut down. Bring on all the museums, concerts and church events because the bar scene is going to become a less important part of my life.