Sometimes Not Doing What You Have To Is The Best Decision

This weekend, everyone on the East Coast, specifically in the Northeast, got a taste of what it is like to live in Seattle. It rained. Heavily. The entire weekend. It. Did. Not. Stop. Until. This. Morning.

You get the point.

I had a bunch of writing projects due both for school and for the magazine. Rainy weekend = perfect opportunity to finish such tasks. Apparently the rain contributed to my lethargy and I found it painstakingly difficult to produce meaningful words and complete sentences. On Saturday alone it took me several hours to give birth to a 900 word essay about the art culture in Philadelphia.

Saturday night proved to be interesting. Ugh, proved to be. I think I wrote that phrase a million times this weekend. Anyway, I went to see HAIR the musical at Temple's theatre for class. I had to write a review on it. As soon as I get there I learn that its general seating and there is a giant mob in the front lobby eagerly awaiting entry to the show. I take my place in line, hand in my ticket and try to find a nice spot to sit...preferably an aisle seat. I find a good one only to learn it is reserved. Nevermind.

I contemplate going to the other side of the theatre but it looks difficult to get over there. I ask a guy sitting one in from the aisle if I can sit there, he obliges.

I'm three rows from the front.

The actors muddle around, hugging various people and looking super excited and well..out of character. Until the lights dim and they scurry to their places. Within the first five minutes I've seen a bare ass, full frontal man bits, a guy in a banana hammock oh..and watched him give the usher a lap dance. Then banana hammock guy (Berger...the character btw) sticks his foot in a noose and swings across the audience twice. This whole time I'm like "WHAT IF HE FALLS ON ME" or "WHAT DO I DO?"

Needless to say, I was a tad uncomfortable. We'd broken intimate boundaries a little to quickly for my taste. That and the fact the actors perform in the aisles so there was always someone creeping next to me. I began to relax a bit when I tuned into the singing. These kids were incredibly talented. Like...beautiful professional quality voices talented. I began picking out my favorite singers and eagerly awaiting their next ballad. The show started to get fun.

The second act was one big LSD trip. The ending is depressing BUT everyone is happy after the curtain call as the entire audience and cast sing "Let the Sun Shine." Naturally, my favorite ensemble member saw me clapping and singing to the music so he grabbed my hand and led me to the stage. I got to clap and dance on stage with the cast. I left feeling...well..rejuvenated! It was a great show in hindsight and I'm glad I had the opportunity to go.

That is, until I stepped out into the torrential downpour that was Saturday night and got soaked on my way home. Sunday was supposed to be a Zumba and laundry day but guess who skipped both. Yup. Me.

I woke up early on Sunday to the sound of sheets of rain pounding my roof. I decided right then and there that I would not be going to Zumba. It wasn't worth getting drenched and being miserable. So I cancelled my class and stayed in. I was going to laundry when I finished my theatre review but that too took longer than expected. I finally made the executive decision to skip laundry.

What a great decision it was. Sometimes choosing not to do something you have to do is the best decision you can make. I was able to go over my finances, clean my apartment thoroughly, cook a nice dinner, shower and get in bed by 9:30pm. Splendid days.

Somehow this Monday is a tad more bearable. 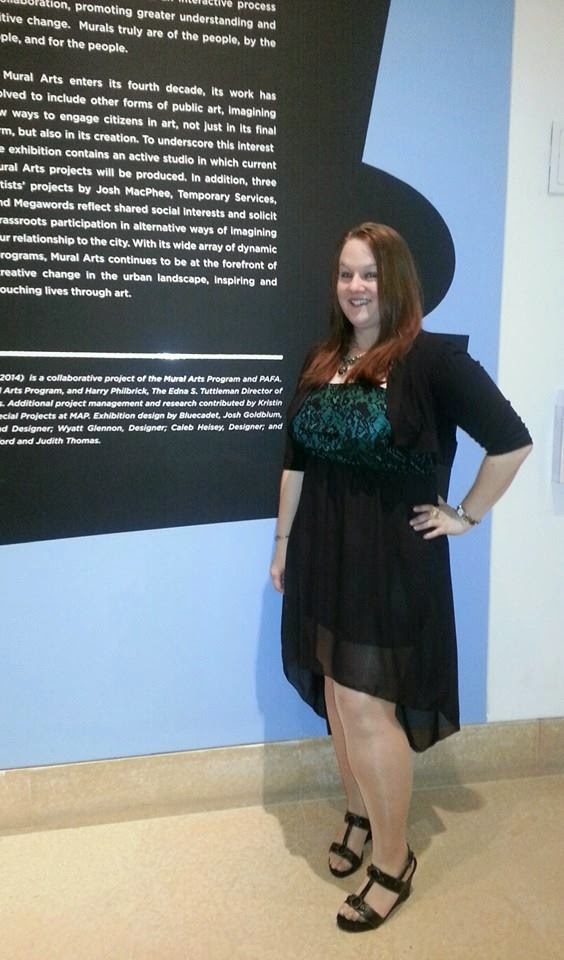 What can I say? I clean up nicely.

Welcome to March Madness, well, it has nothing to do with college basketball and everything to do with my arts and culture lifestyle. Between my Writing Arts Criticism class sending me to art galleries, plays, dance concerts, the opera and the theater and my position with Main Course, covering art galleries monthly (now even more), I am overly exposed to Philadelphia's art scene. I love it but it makes for an extra busy MA between work, school and everything else.

One thing that has not suffered and I am so thankful, is my devotion to fitness. Even when I'm barely awake after working late at work on a Tuesday night, I still drag my butt to the gym to work out. As you can see from the photo above, I'm getting results. :) My 5K training has been on hold, so I need to get back to running, but the fitness relationship is still going strong. Oh, and I eat pretty well to. I'm a big fan of homemade smoothies and salads and lean healthy meats.

When I'm not running all over the city or working or in school, I'm actually out having adventures. On St. Patrick's Day I went to a bar by school for a Guinness to celebrate the day. I had to pay a $5 cover to get into the Irish Pub. I hate covers. I didn't think it would be worth my time, but I went in anyway. After ordering my Guinness...ok well two and a shot of whiskey, I went to pay for my libations. Luck of the Irish! The cashier lost my tab! I told her what I ordered, because I'm a very honest person. She handed me a receipt that undercharged my order by A LOT. She waved it off, wished me a good night and left! I paid less than half of what I should have, so I tipped well to make up for it.

I was about to leave when I met this really nice couple. They offered me a shot of tequila and how could I possibly say no to free tequila. One shot and a few beers later (which I didn't have to pay for either) I had made new friends, enjoyed the live band, tried to decipher a bunch of authentic Irish accents and just overall had a great time. A highlight was when the Irish bartender tried to pretend a bottle of Bud Light was a bottle of expensive wine when a guy ordered it. He made a big show of the bottle and poured a little bit into a cup for the customer to smell, swirl and taste it. It was hilarious and I'm glad I got to be there for that spectacle.

As I walked home, happy from a night of interesting interactions, I thought about how many of my great stories should start with "So Mary Anna walks into a bar..." Usually, good things happen and friends are made, albeit for just the night. 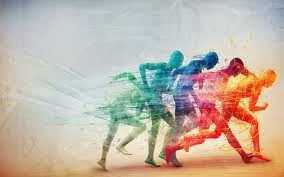 I've been running crazy, running on anxiety, running on sunshine, and literally running at the gym. A lot of running going on. I don't really like to run. My knees are crap. I grunt and wheeze and I lose my breath within 30 seconds of moderate jogging. But yesterday I registered for two 5K races with the goal of beating my 40 minute 5K time. Because, 40 minutes is fine, for an overweight wheezing asthmatic with bad knees, but I'm much healthier than I used to be. So I'm shooting for 34-35 minute 5K by May. As if I didn't already have enough going on.

Oh, and on a cold treadmill run I did a 13 minute mile. Runners would shake their heads at that but my goal was a 12 minute mile. To be only one minute over at my start of training is actually a really good thing.

So yesterday was a busy work day, I was groggy because daylight savings time destroys my circadian rhythms. However it turned out to be a great day. After a good run at the gym, I got an e-mail from school stating I'm in the top 10% of my class and will be inducted into Kappa Tau Alpha, the national journalism honor society. This is exciting because it is journalism's equivalent of Phi Beta Kappa. In other words, I is smart! It was great news. So great that I might have broken into an impromptu dance party in my kitchen.

The magazine has been going great. I'm starting to submit more articles beyond my monthly art column. Still putting freelance fingers into other outlets as well. We'll see what happens. The more I'm published the better I look (and the happier I am), so keeping up with that good work.

That is about it. Just running around all the time, trying to stay healthy, keeping my eyes on my goals, getting recognized for being smart and trying to keep it together (so far succeeding).