It's almost 5am and I'm wide awake 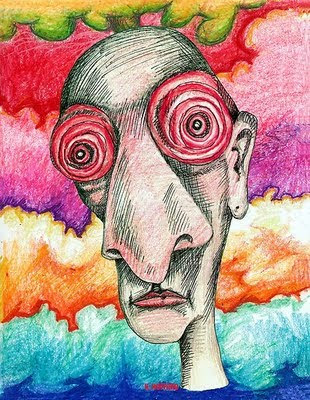 Where in the World is MA?

Philadelphia, still. I promise. Life has been crazy and busy. I think I say that in at least every post. Backtracking a little bit I'll try to hit the highlights.

On the 7th we had an event at my work. I was put in charge of a classroom to help the kids and visitors make Mother's Day crafts together. I will admit that I was terrified at first. These are the kids I normally teach once a week but I had no clue if they would listen to me. The event went on without a hitch and the kids really showed some respect to me and to the visitors. I was impressed and others were very impressed with me.

My mom came up to visit me May 14th - 17th. It was awesome. See, a lot of my friends are really busy and can't come up to see me. I was getting kind of lonesome since Connie and Stephen have people visit them and they go visit others all the time. So my mom decided to come up to stay with me. We went to see my Aunt Pat and several of my cousins on Saturday. The weekend flew by but I had a great time. :)

I spent the past few weeks catching up on developmental assessments for the children who have moved in recently. It was a crazy busy time.

On the 20th my work had another big event which I truly felt a part of. It was a cocktail gathering at an art gallery. I had designed the flier to promote the event. I also led tours of our facility before the big cocktail gala. I'm getting used to giving tours but I had a pretty big crew so I was a little nervous. As I began my tour, my face got really red and I started sweating and my mouth instantly dried up. But as I got going, I felt more comfortable and was able to lead a quality tour. I received several wonderful compliments from the attendees. Our Provincial told me that I was truly amazing and that I gave an incredible tour. She is a very nice person in general but when you receive a compliment from her, she really means it. I tried not to let my ego grow but it was kind of hard. It was yet another occasion where I was able to witness the value of myself and my efforts in my facility and within the health system. It was one of those moments where I realized that I was incredible small in the grand scheme of things but people were beginning and continuing to notice me. Big people, powerful people. It makes me want to continue to work hard and put in all the love and passion I have to be successful at my job.

This past weekend I saw a middle school rendition of Beauty and the Beast. It was a trip down memory lane to my old theatre days. I really enjoyed the production since I haven't seen a play since college. On Saturday night I went with Connie and Stephen to play cards with the Sisters. On Sunday I worked yet another event...the Sisters' Pancake Breakfast. I sold over 3,000 instant win games throughout the event. I found this sign, advertising the chances 4 for $1. So I took out my hair ribbon and tied it to the sign and wore the sign around the dining rooms, screaming "Nevada chances, 4 for $1 can win up to $50." It was a successful event overall but once again I was able to see how my efforts helped to make it so. I had one little old lady who threw her losing chances at me in a joking manner. I don't think she realized the connection I had with the Sisters until I did the 2nd reading at Mass. As she's coming up in the Communion line, she pats me on the shoulder and says "peace be with you." I couldn't help but smile. I figured people that were already at the breakfast made the connection and thought "that's the Nevada chance girl...isn't it?" Yes, I promote gambling in a convent and then read the word of God. That sums up my life perfectly.

Now I'm facing another work week. Still no word on any official job interviews. I'm just hoping I can apply for something soon. Some certainty would be great right about now. I'm still looking at apartments in the area and coming to the slow and painful realization that I can't move anywhere until the end of August or mid-September anyway. Bah.

I lost the "Biggest Loser" challenge by a lot...Throughout the stress of the huge video project, Spring Break groups, and family issues...I overate and lazily avoided the gym. I've mustered up some motivation to keep at it and try to get back in shape. I've been consistent for about 5 days. Let's hope it keeps up. I lost a few pounds over the weekend with all of my running around and my 2 hour work out on Saturday. I'd like to keep that losing up!

So that is about it. Nothing to exciting to report besides my past adventures. I'm still searching for Prince Charming or Prince Right Now. I'm sort of talking to this guy I met at a restaurant he works in. (I met him in August and have consistently visited his restaurant just to see him). I'll provide a life update on that when I have more time. I've got Spiritual Direction tonight and have to get ready for tomorrow.


One last thing: I swear my grandmother is out on the ice with the Philadelphia Flyers. :) If they win tonight, we go to the Stanley Cup Finals. The first time in 13 years!!! Mom Mom has the best seats this year.
at May 24, 2010 No comments: