As My Body Breaks Down

Enter the cool down period from a very emotional and anxious three weeks. With my anxiety on high alert and my body tense at every moment, what do you think happened?

I got sick of course.

My defenses were weak and the season of illnesses is rapidly approaching. I got a cold. I nicknamed it a death cold. It started with G force level sneezes. Then congestion and runny nose at the same time. Plus a burning sensation inside of my nose. It was just your average nasty cold, but it knocked me on my butt. I called out sick yesterday from work but felt a little better and decided to come in today.

After commuting in the pouring cold rain this morning, my condition has regressed. I feel out if it, like my head is in a giant bubble. My nose hurts from the pressure. Also, I can't hear very well. It must be the sinuses. At least my throat feels a little better. It is difficult to swallow but it doesn't hurt so I'll take extra swallowing effort over pain any day.

Yesterday I spent the day sleeping, binge watching Hulu and Netflix and drinking orange juice and hot liquids. I even had my favorite soup, Wonton soup for lunch. I thought a day of immobilization would do the trick but I was wrong. I should have taken a second day off. I hate doing that so I rarely do it, you know, take two sick days off in a row. I am allowed to do it but I'd prefer not to. My boss said I could go home if I wanted to but I decided to try to stick it out a few more hours and see if I stay the same or whatnot. I'm a trooper I guess, even though I complain about the ordeal the entire time I am sick.

Nothing else is really going on. Still reeling from disappointment regarding that missed job opportunity. The company called me yesterday and told me they gave the position to someone else. This wasn't news to me. Good for them, I hope they do a good job.

I work pretty late tomorrow night. Let's all hope I can defeat the cold by tomorrow or else I am in for a long and painful day at work. 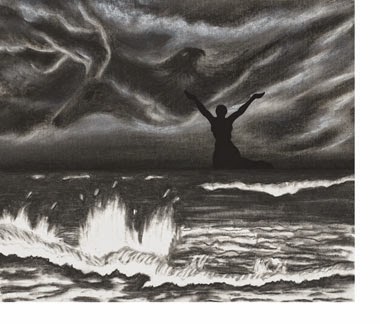 I lied. A lot has been going on. I just couldn't really write about it until it came to a resolution.

Long story short, in my quest to find a journalism job, I actually found one. A news organization reached out to me within 24 hours of my application being submitted. I had a phone interview. I wrote a "test story" which got published in one of their papers. Then I waited. I waited and waited and waited.

This three week process was filled with hopes and dreams. I could finally get a dog. I could buy a car. I could have an apartment that has outdoor space, an oven and laundry in the unit. Basically, all of the things I want in life I could have with the exception of not living quite where I want. Its no secret that I am in love with Philadelphia and I wish I had a rowhome in South Philly, a journalism job, a boxer dog named Bronx and a green Kia Soul. However, I was willing to sacrifice my surroundings for the sake of having almost all of the things I want in life.

The company was interested in me. The executive editor said my diverse work experience wasn't a weakness but rather makes me a well rounded journalist. I adjusted to the idea of moving, and moving quickly. I made phone calls. I started to pack just in case. I began to happily emotionally withdraw from my current job.

Then on Friday I got the news. It was the day before my best friend and I were set to scout the area for apartments and potentially buy a car. I got an e-mail. Due to the budget they could not offer me the salary I desired.

But, Mary Anna, its your dream! You want this! Make sacrifices!

You see, I gave them my salary threshold. I went lower than I make now. I tried to make sacrifices. However, it was not enough. I was still asking for too much. I've got experience. I've got a Master's degree. I've proven my worth. But I'm the idiot that fell in love with a struggling field. I'm the idiot that thinks working for a Gannet paper at the age of 16 was a big deal. I'm the idiot that financed my Master's using loans and loans alone. I never did an internship because I didn't have time between working full time and going to school part time.

But it is not enough. Like I said before. I'm under qualified to news organizations that pay a living wage. The places I am qualified for, like this outfit, can only afford a below poverty line entry level salary. Journalism is one of the most challenging fields to break into. I don't need to make six figures. I really just want enough money to stay on top of my loans, afford food and be somewhat comfortable. I know its not a glamorous job but it is exactly what I want to do with my life.

What happens to a dream deferred?

My best friend came over anyway. We had a nice dinner. Later that evening while walking home from the grocery store, my wallet fell out of my jacket pocket. I figured it out the next morning. I panicked and got really anxious. I cancelled the cards and did all the lost wallet stuff. About ten minutes after the last card had been cancelled, there was a knock at my door. Turns out a pizza delivery guy from down the street found my wallet last night and tried multiple times to contact me. He tried Facebook, he tried to come to the apartment. He tried everything until the pizza shop I live above let him in the building so he could knock on my door. He returned my wallet, untouched. There are still very good and honest people in this world.

I gave him a thank you gift and a card. It was stressful but I'm glad my wallet and I are reunited. There were some things in there that were not easily replaceable.

So now it is Monday. I spent the weekend making my apartment look less like I am moving and more like I actually still live there. The packed boxes, mind you these are things I don't need right now anyway, are a painful reminder that the thing I had my heart set on just didn't work out. I applied for a few new jobs, though I think I'm under qualified and I'm back at work.

It is maddening to know exactly what you want to do with your life but be so damn near helpless and unable to achieve that goal. I feel stuck. At times I feel alone since I've mentioned before almost all my friends quit my job. I guess there is "something better out there" but for now I have to muster the strength to get up each morning and carry myself to this job which I am thankful I have but I am burnt out from. I just keep applying and if anything, no matter how promising the opportunity looks never put your life on hold for it. Never reside in "limbo." You have to keep pushing on as if this isn't going to work out because when it does fall apart, at least you've still been living your life.

I feel like I wasted the past three weeks, not with the application/interview process...that was good practice, but with life in general. I spent so many mornings waking up with hope and so many evenings going to bed dejected that I neglected my health, the gym, cleaning, and various projects at work. I just sat around waiting for something that didn't work out. Now I have to rebuild again.

I apologize for the massive delay in writing..well..anything. Truth be told nothing has been going on. I promise a post soon when something worth writing about happens.
at September 17, 2014 No comments: